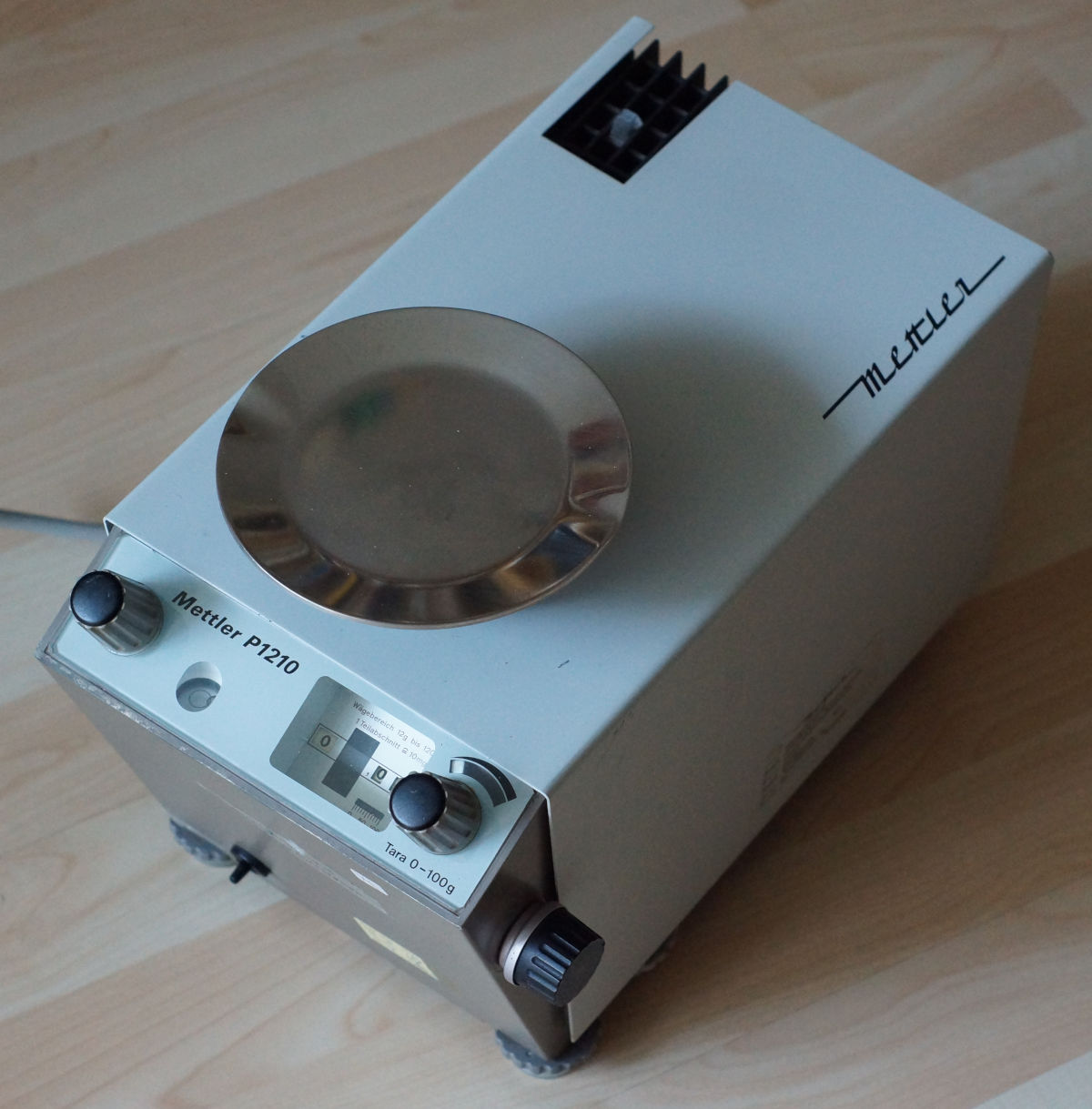 The product sticker on the side dates mine back to 1977.

The bubble level indicator on mine isn’t working properly (probably deformed or so) and I had to adjust the sensitivity a bit, as it was oscillating too much sometimes.

Specifications are my own, I don’t have the manual or any advertisement material for it, so those are educated guesses:

Ensure the transportation lock isn’t engaged (see below), ensure the scale is properly projected onto the front panel and ensure it’s level.

Since the bubble level indicator on mine is not working correctly I am leveling the scale with an external bubble indicator. To do this properly the pan needs to be removed and the bubble scale needs to sit directly on the balance. 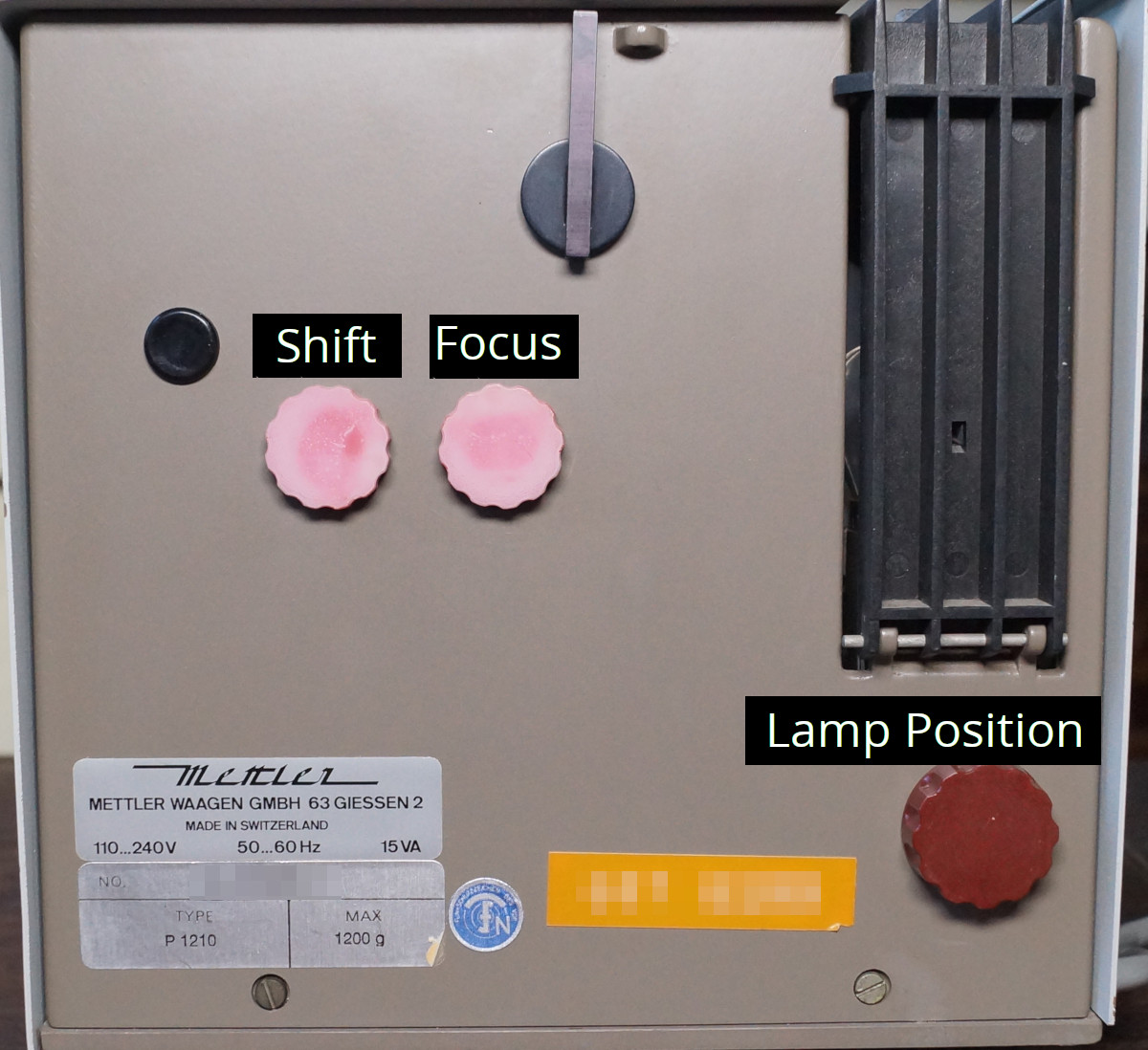 Lamp Position: The wheel below the light compartment offsets the light bulb, this can be used such that the light bulb fully illuminates the internal optics.

Shift: The wheel on the left side shifts the projection on the front panel to the sides. Without any load on the scale the bar in the 0…50…100 line should be at 0 and the numbers center.

Focus: The wheel on the right adjusts the focus on the front panel.

The lever at the top locks the sheet metal case, rotating it 90 degrees anti-clockwise will unlock the upper part of the case.

Range Select: The left knob selects the 100g range of the specimen to be weighted.

Fine range (side): The fine range select allows obtaining the 100mg and 10mg range, this is done by rotating the knob until the line on the right indicator is within the two limits given.

There is a white wheel on the side that allows zero point adjustment. (i.e. applies a slight tare) 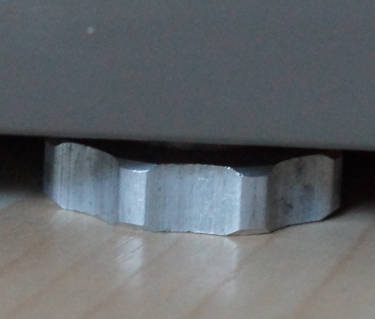 There is a metal wheel next to the left foot, it's the transport security screw. It needs to be opened otherwise the scale will not work at all or prematurely stop measuring beyond a certain point. How it works is that it will internally press the counterweights and balance into a fixed position.

It has similar inner workings as my Mettler B5 so I’d refer to checking that out first.

Key differences: Only the range selection adds or removes weights from the balance. The 10g and 1g scales are projected, the 100mg and 10mg scales work by an adjustable mirror. It also has a magnetic damper. 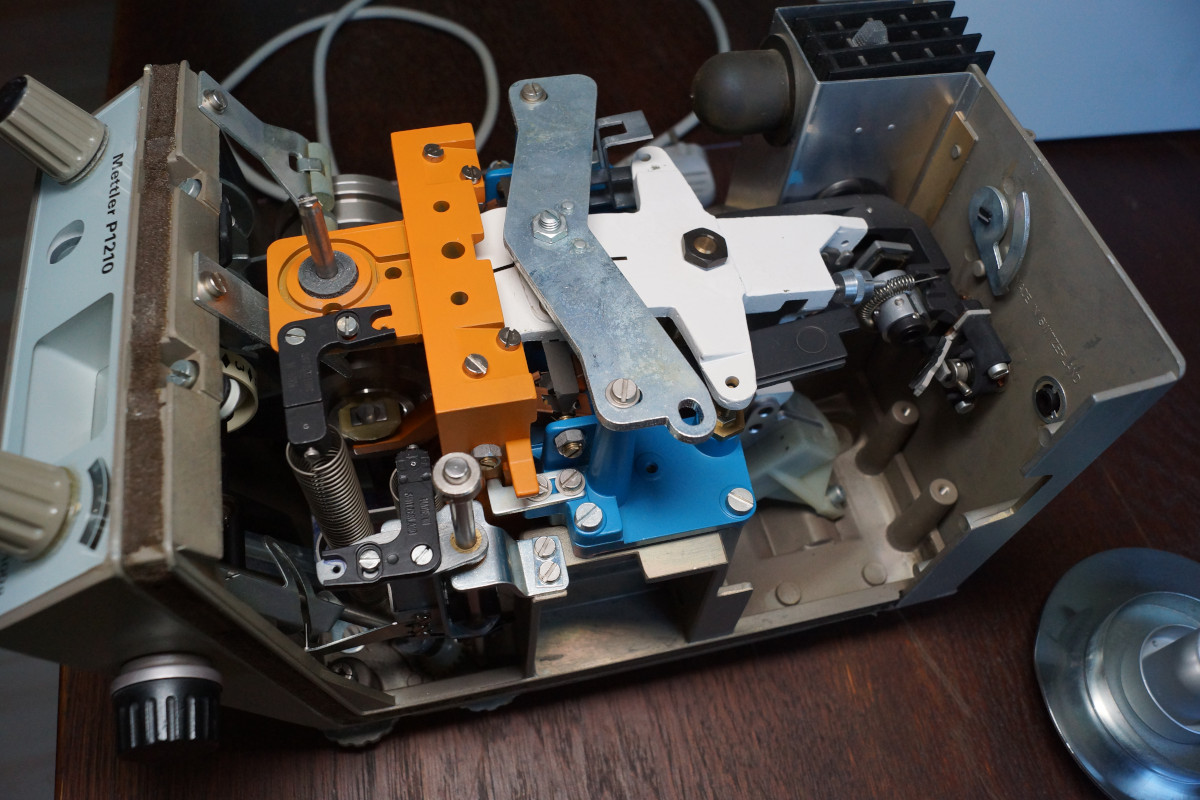 It has virtually the same electronics as my Mettler B5, albeit with newer technology. It’s a transformer supplying 6V AC to a B15S tungsten light bulb. So similarly to my Mettler B5 I also got a B15S to G4 socket adapter for this one, so that I can easily replace the bulb with a more easy to get G4 LED or halogen bulb if this one breaks.

The P1210 has a slot for a spare bulb, but it was empty when I got it, so either someone removed it, or it’s the one currently installed. 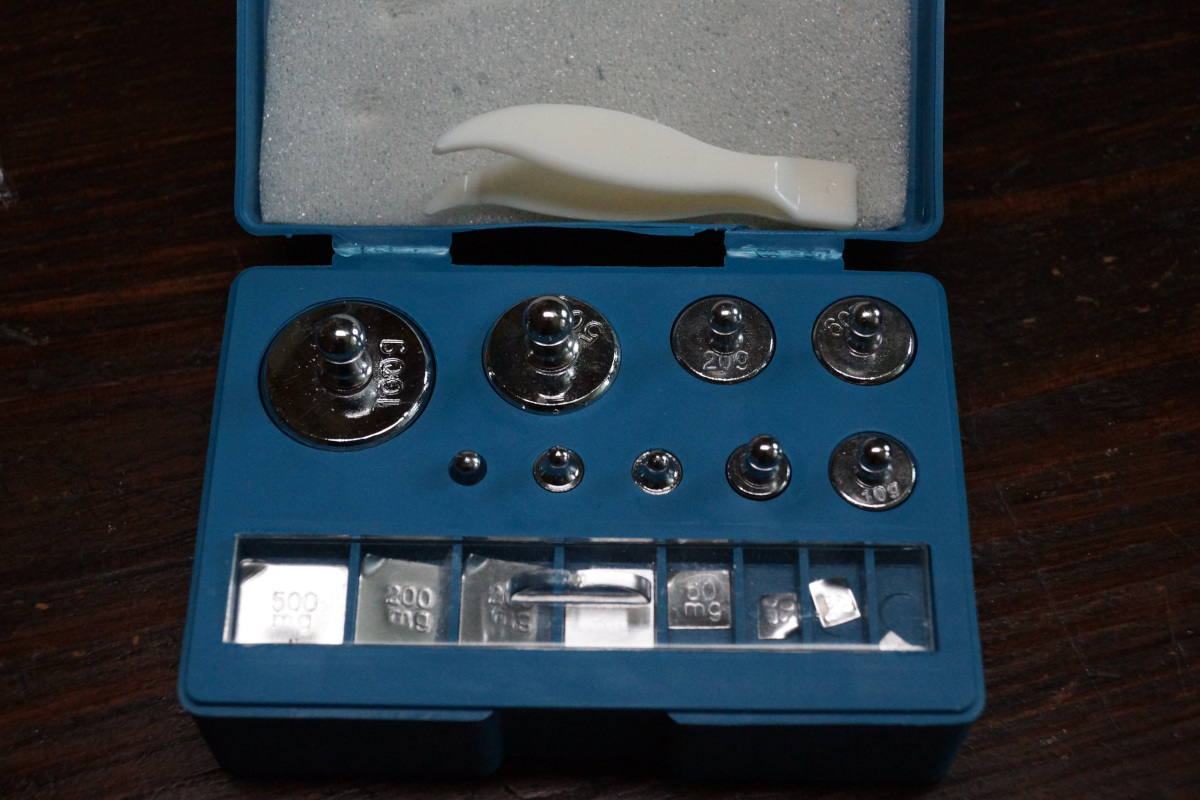 I’m using the same cheap calibration counterweights I used in the Mettler B5 article. However in this case I haven’t recalibrated the scale at all since I got it.

Since the range of the scale starts at 12mg, I biased the scale with some nuts and bolts and adjusted the tare until it read zero. This will allow me to measure the relative weight of the counterweights starting at 0mg.