So I wanted a VAX system to play around with, however one that supports modern software. The only real modern operating system running on VAX is NetBSD. The only feasible emulator to emulate the VAX architecture is SIMH. So with that illusion of free choice out of the way, let’s install NetBSD/vax on SIMH!

This config creates two RA92 disks (1.4G), I’ll put the OS on one of the disks and the home directories on the other in order to have some additional space.

After the firmware checks are done we boot the ISO image on RQ2 which corresponds to dua2 in the firmware, as such we type:

Once booted NetBSD asks us for the terminal type vt220 is fine. 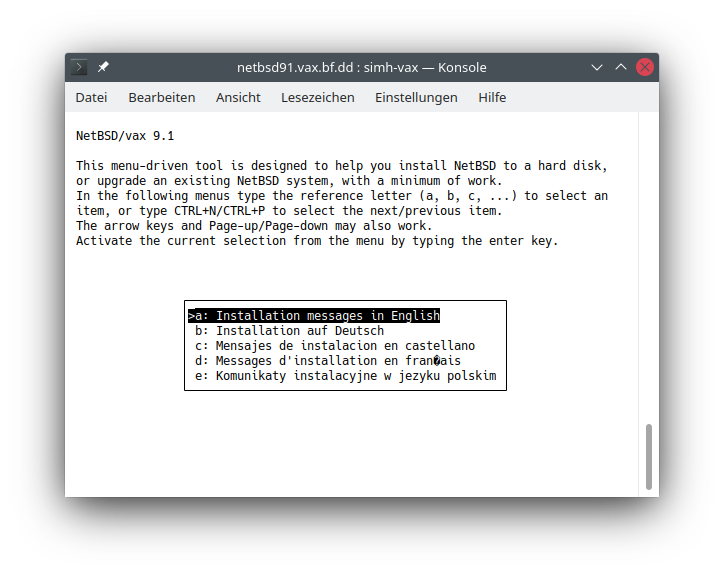 We follow the normal NetBSD install on disk ra0. 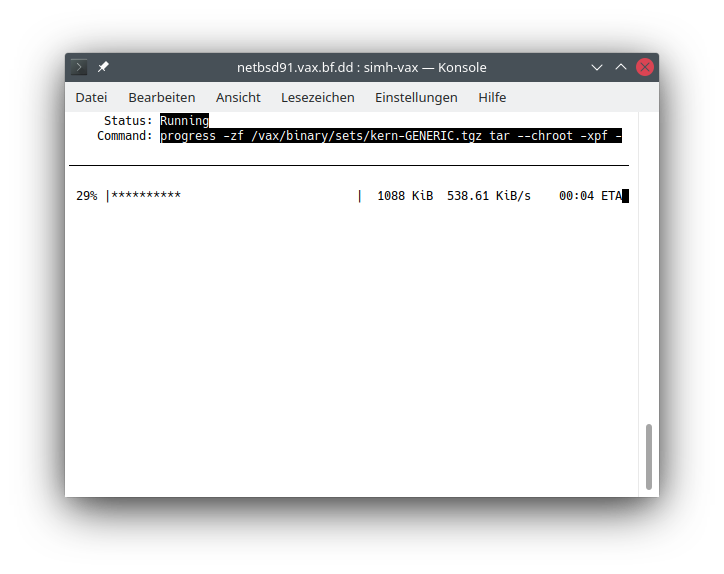 Once the install is done and we are back in the main menu we hit Utility menu and go to Partition a disk we then partition ra1 to have the home directory partition on it. 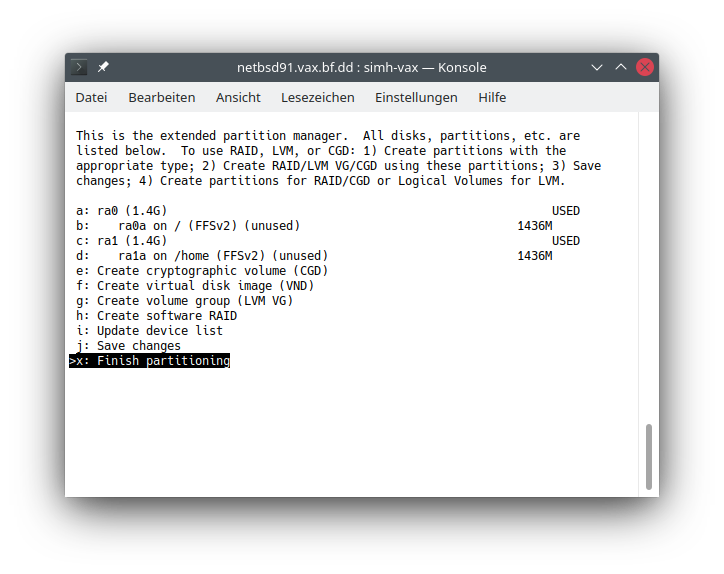 We then reboot the system, once at the firmware prompt we boot the installation from the disk this time which is dua0.

Now we have to ensure that /home exists and is mounted:

And that’s virtually it.