So far my Workshop was connected to a 25A (“L” class) circuit breaker back from the 70s or so and also no FI (RCD). Which isn’t really that safe, especially not in my workshop.

Since getting the electrical distribution panel for the house up to standard is currently out of the question, I decided to build myself a sub distribution panel, to at least have a somewhat safe workshop environment.

Since I am in a ‘domestic’ scenario, I decided to go with circuit breakers of the B characteristic, rather than the C type (which allows for higher inrush current of i.e. inductive loads). I don’t reach inrush current levels where a C type breaker would be needed. However if it ever get a problem, I’ll replace the respective breaker on a need to change basis.

The circuit breakers are:

All of which are secured by a 30mA type A RCD and an associated circuit breaker of 16A. I don’t need more, and I don’t think the cables in the house will safely do more than 16A regardless.

Still have space for another two breakers once I expand my workshop. 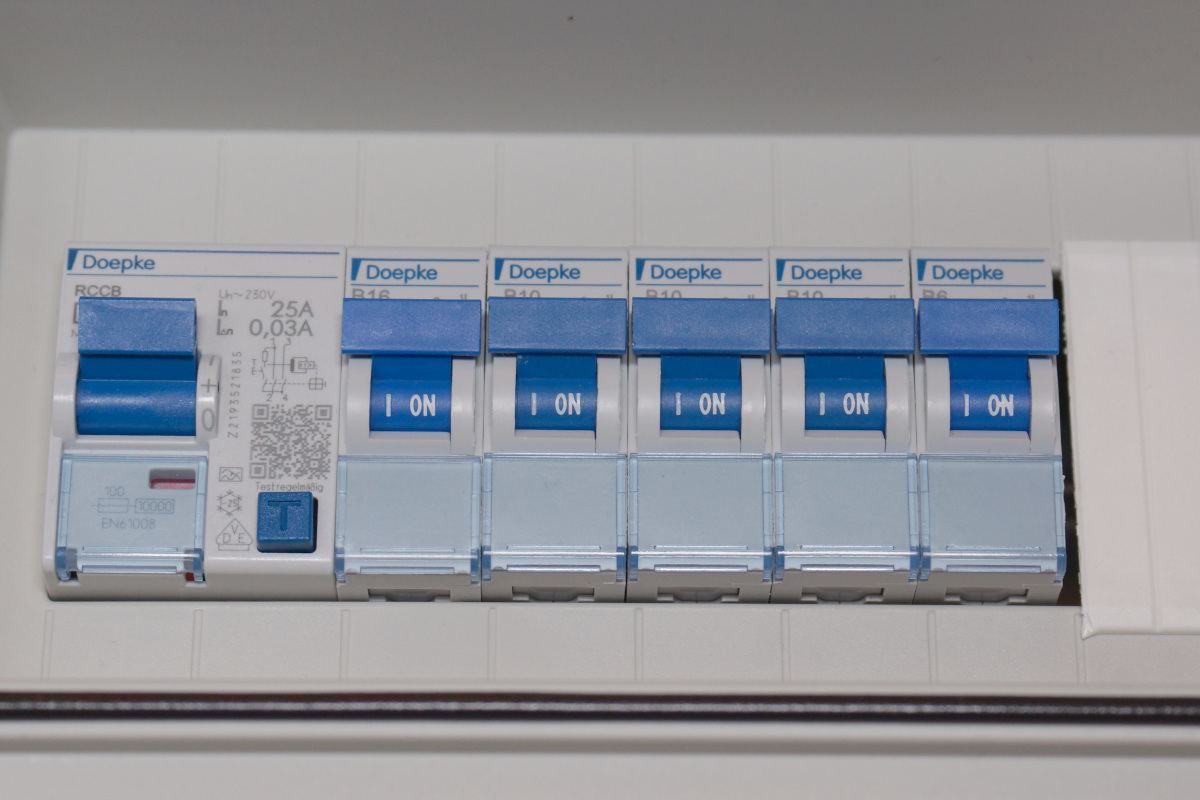 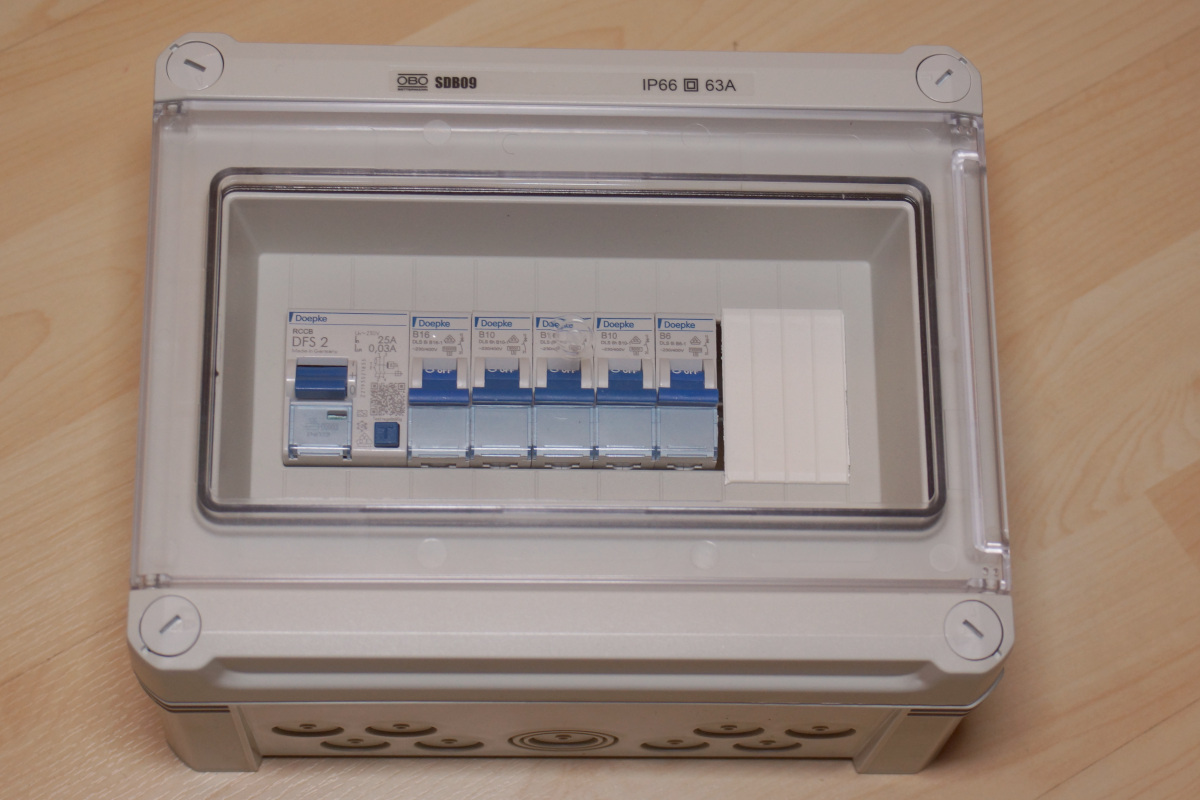