So the other day I wondered whether it is possible to measure mechanical vibrations of wristwatches using a Piezo element (piezoelectricity). I did a little bit of research and found several people who already built something like this.

I decided to go with Stefan Vorkoetter’s excellent design (also checkout their software watch-o-scope). Coincidentally I had the same or at least a very similar case as the one shown on their instructions, so I figured I use it for mine as well. However as an added challenge I wanted to use older parts I desoldered form a broken 70s stereo system recently. In particular older WIMA foil capacitors, RDE electrolytic capacitors and old potentiometers. I checked those with a LCR meter for functionality before soldering of course.

Unfortunately I didn’t had any 3.2mm audio jacks left, so I skipped doing the back panel for now until I have some. I originally wanted to run it off a 9V cell and alternatively using my recently built ±5V desk supply, so I included two diodes to merge the positive rails. However the 9V cell didn’t fit into the case together with everything else. So I’ll be running this on the desk supply only, from the -5V to 5V rail, in order to provide 10V. 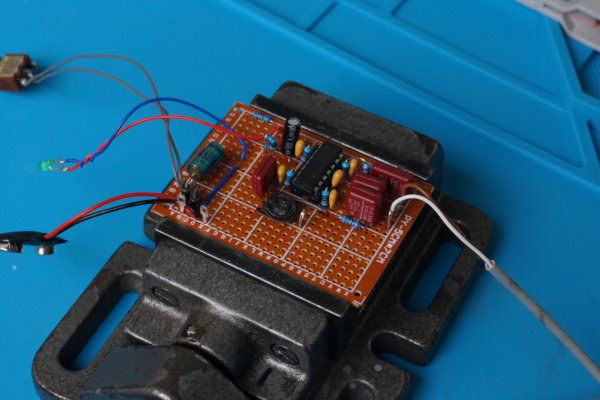 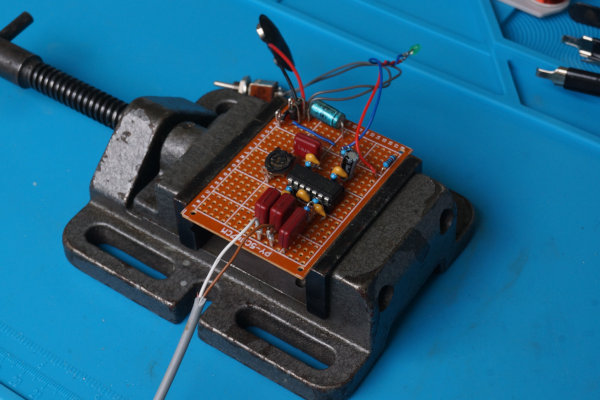 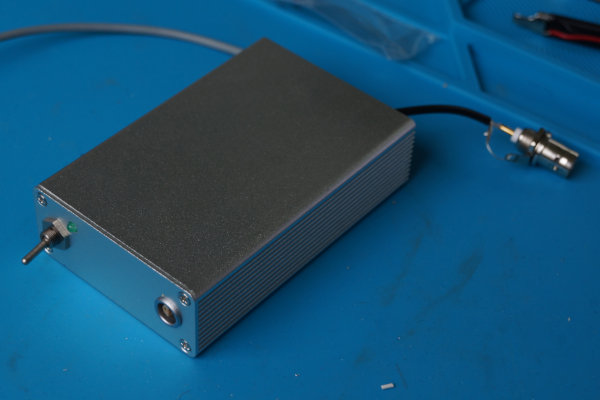 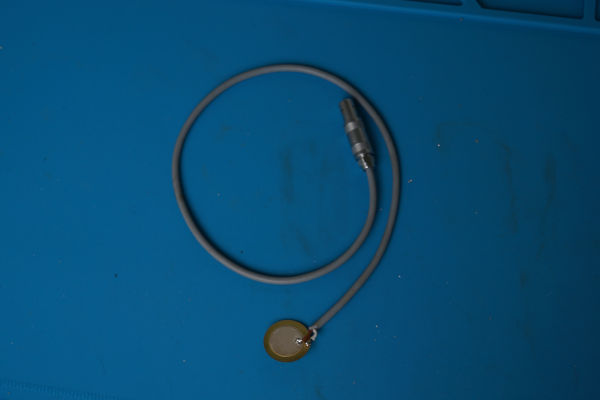 I decided to use LEMO S0 connectors for the Piezo element. Those are expensive, but I never had any project where I thought “yeah, it’s worth it to use these”. So instead of keeping them further in the box I just decided to go with them and just obtain new ones if I need to.

Soldering those is quite tricky, I found that clamping the insert down on my UNISPANN vice works well. 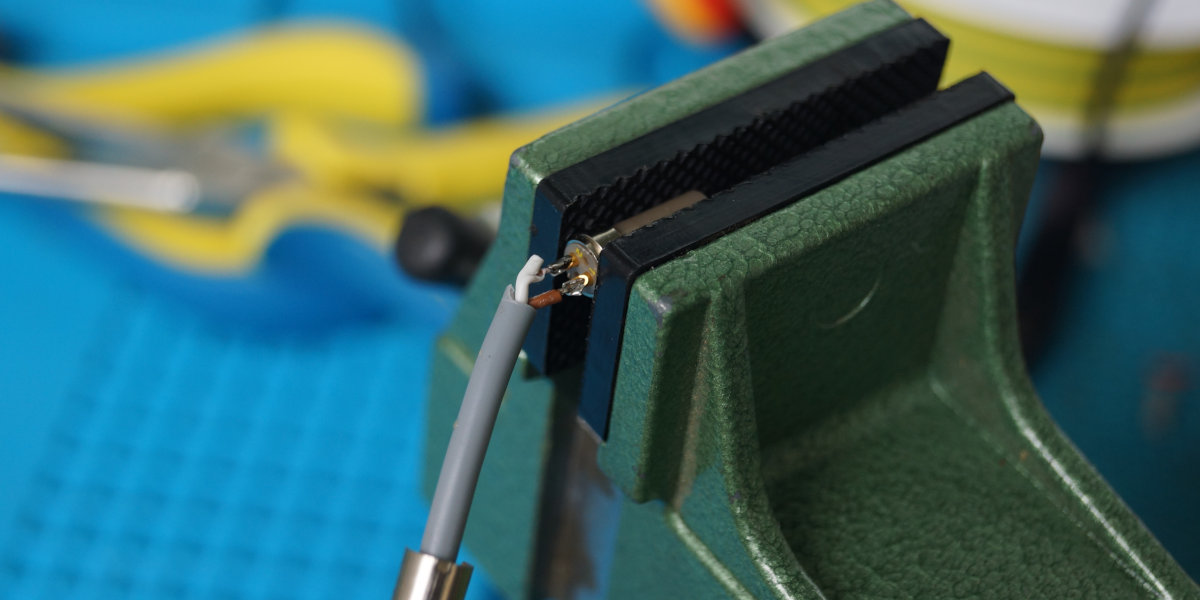 After fixing a couple of bugs in the circuit due to the way I soldered it together (accidental shorts), I tried it out on a Vostok Kommandirskie, which has approximately 4 ticks per second:

Things left to do

I left some space on the PCB to add input protection like zener diodes or green LEDs, which I will eventually add to ensure the microphone input doesn’t break. Also as mentioned I didn’t had any audio connectors left, so I haven’t finished the back panel. Furthermore I need to built a fixture for the Piezo element and of course I’m going to write my own software to measure the tick accuracy.