My old SUN Netra-X1 with an UltraSPARC-IIe+ lately had some bad sectors in it’s IDE hard drive, an old Seagate Baracuda 40GB. I found some IDE to SATA protocol converters online and figured might as well give it a try. Would be nice being able to put SATA hard drives or even SSDs into my old SUN machines.

I decided to do a reinstall of the system while I’m on it and booted bsd.rd off the original IDE HDD and installed OpenBSD on the SSD.

Afterwards I put the SSD onto the IDE master port, so that it acts as a default boot device and put the IDE HDD onto the slave port, for copying the old data over.

I can already tell that the CPU fan doesn’t sound good. I have some other SUN servers with this CPU fan type (SUN Fire V100) and may have to find a solution soon to replace them. Probably going to develop something on that regard. 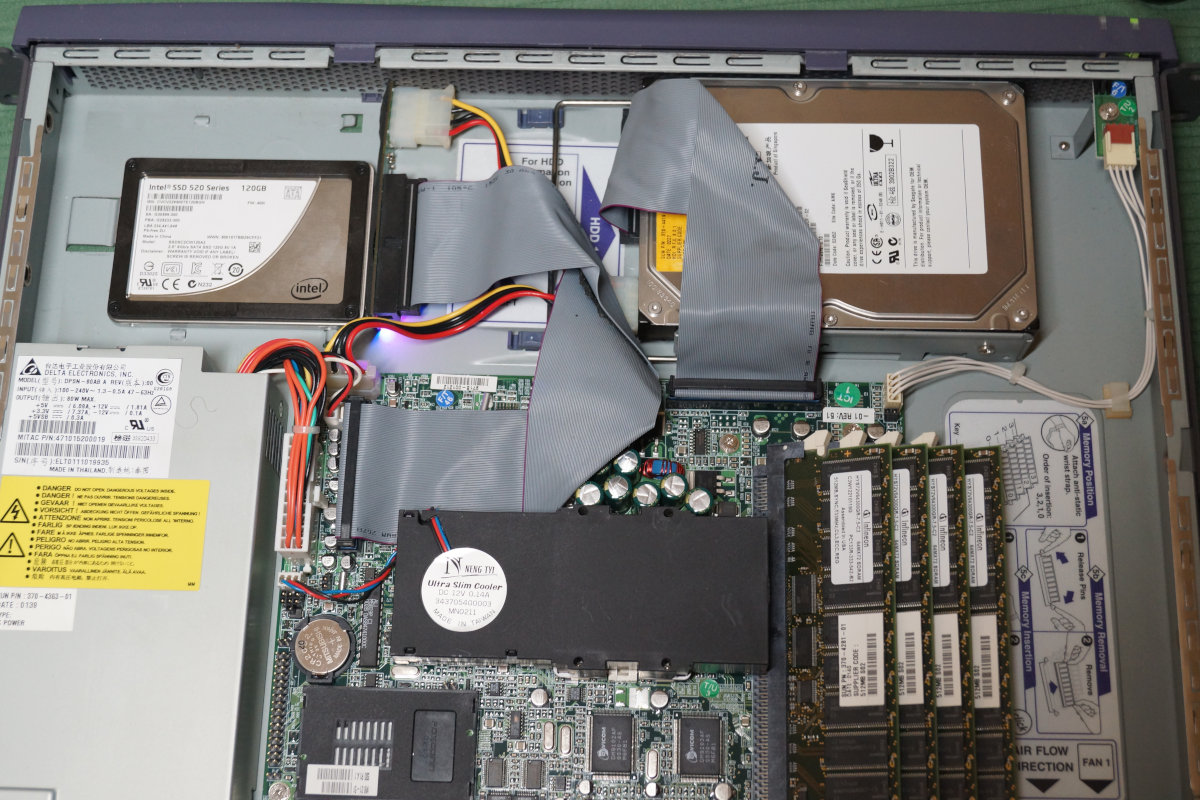