Continuing from the previous I’m going to document repairing the second Gossen Pantam T2 33 015 with this entry.

This one had an odd behavior, where it wouldn’t built up voltage and when cutting power to it there would suddenly be a voltage spike on the output. I first suspected a broken capacitor (as with the other most electrolytic capacitors didn’t look too good).

So I checked for shorts on the capacitors, and immediately found one but not on a capacitor but between the base and emitter of one of the large ASZ15 transistors. I desoldered a leg from the circuit and the short disappeared, tracing this down the ASY14 drive transistor had a dead short between all terminals.

Similar as with the previous one, most of the electrolytic capacitors looked quite bad. Maybe not as bad as with the other, but bad enough that I decided to replace them. I kept the large storage capacitor for now, as this one looked okay and was checking out good with my LCR meter as well.

This old 500Ω potentiometer (right one) went open circuit on the left pin. I replaced it with a modern potentiometer, since this was all I had. I really like the way they connected those two together.

I had a tube of heat compound leftover form another project and figured to use it up wherever I can before it goes dry. Since germanium transistors are especially susceptible to heat damage I figured that the large chassis mounted TO-3 ASZ15 transistors could use some. 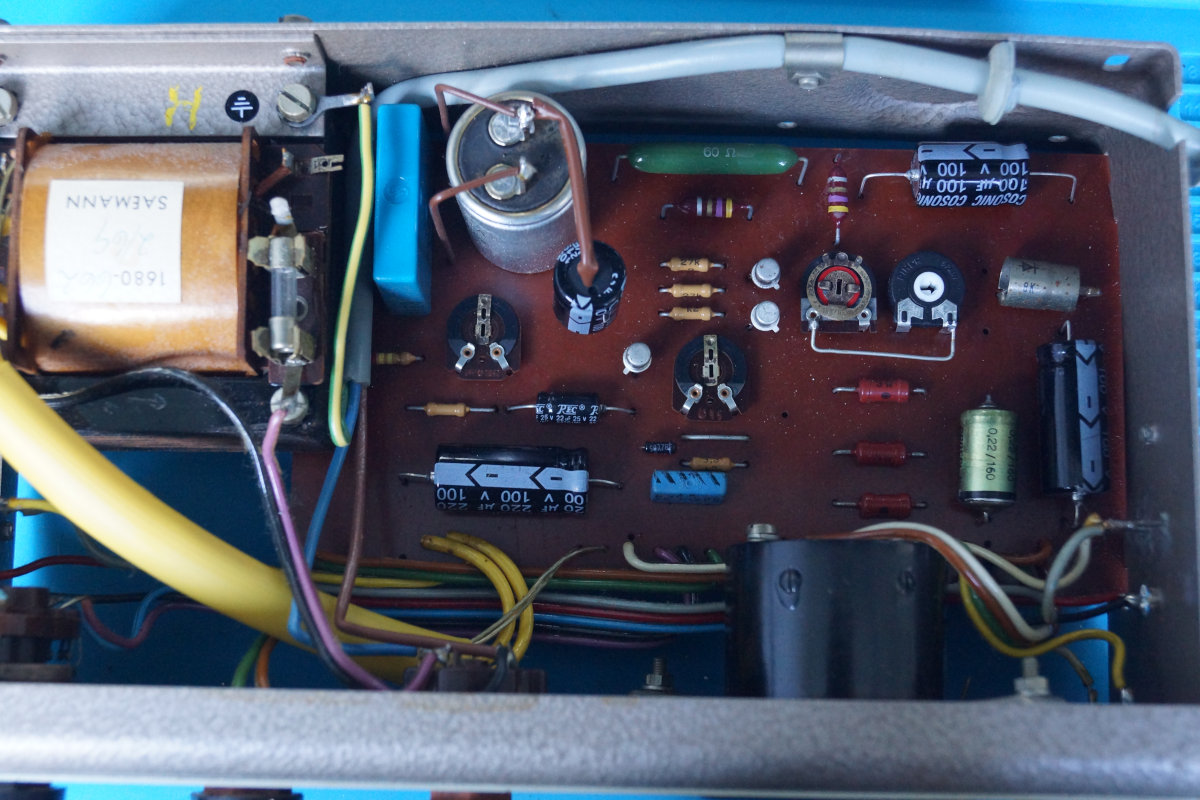 The old cable grommet did fall apart into two parts, so I cut it off and installed new ones.