I have this old FACIT TK mechanical calculator, the reset lever for the cycle counter became stuck so I figured I give it some maintenance.

It is in a bad shape in general, I haven’t bothered to clean it either and the previous owner evidently had it in a dilapidated attic or barn. 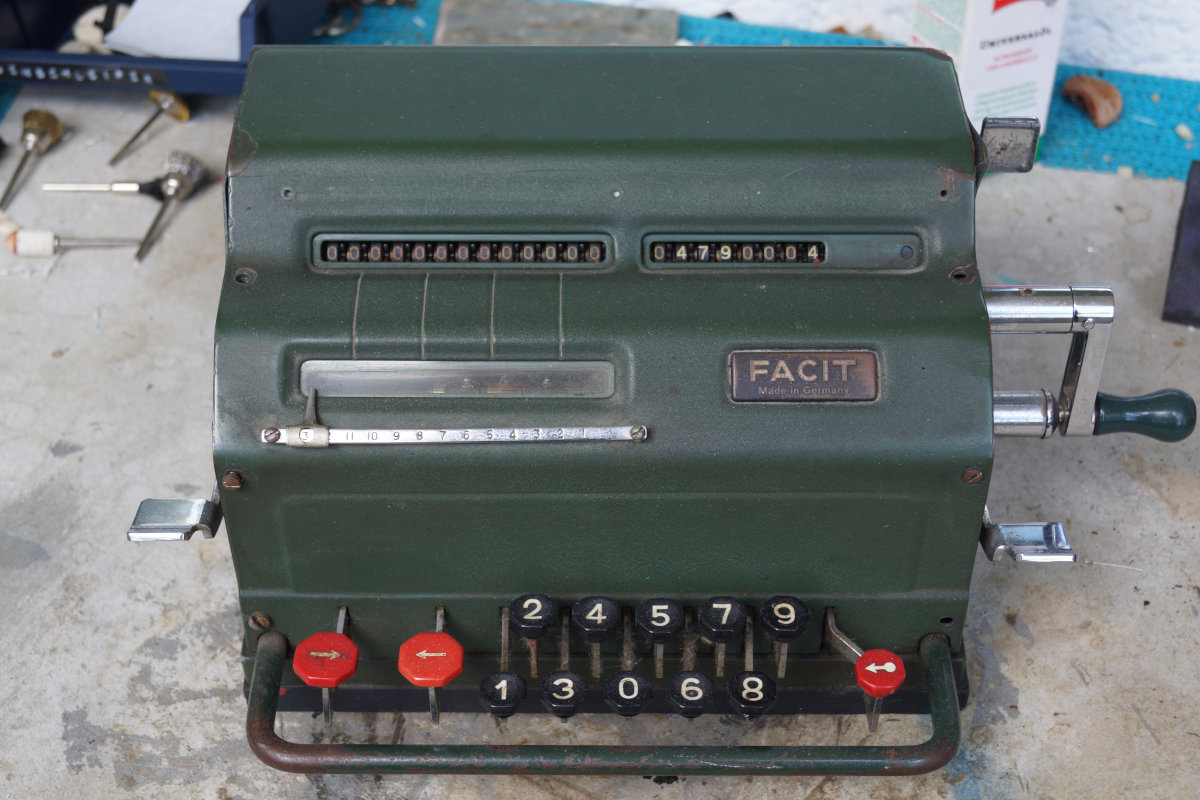 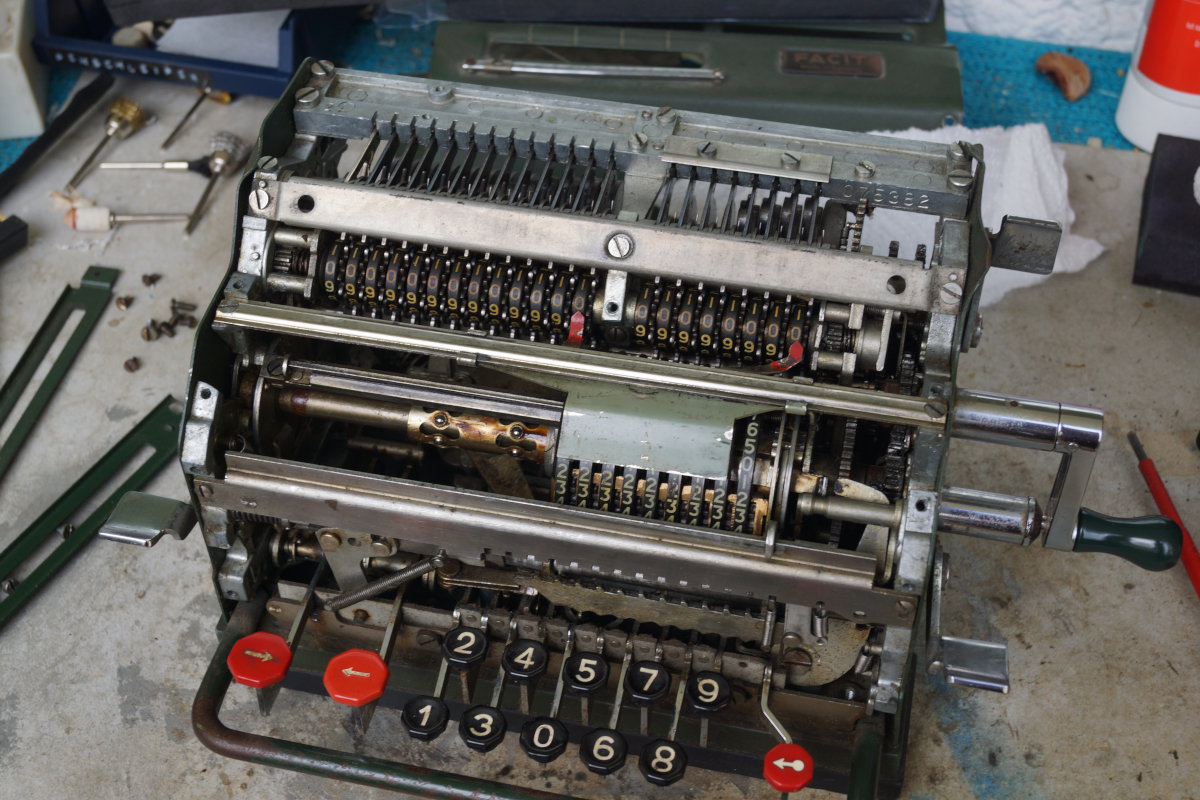 Turns out the lever was stuck because this gear could not freely slide on the axle. I applied some oil to the axle and grease to the gear itself. After that it worked fine again, though I notices that one of the gear teeth broke off, this must have happened at the previous owner however.

Mine only had a single window consisting of a dirty and discolored piece of plastic sheet. I don’t think this is original, it’s already someone’s replacement.

So what this person before me did I can do too, I cut some new ones out of overhead projector sheets. 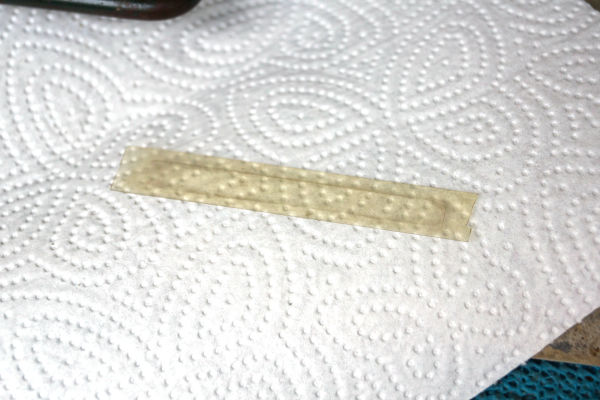 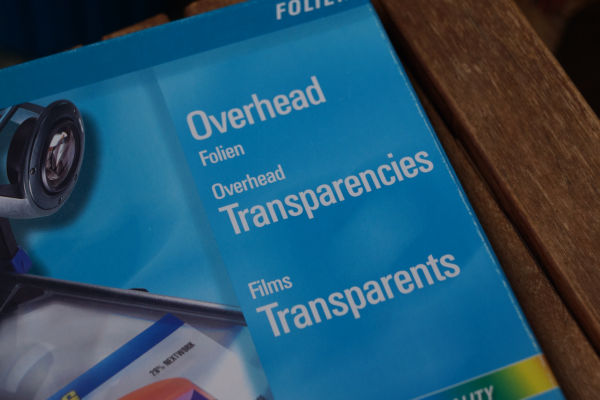 I furthermore cleaned it a little and added some missing screws (M3), I put the new screws onto the back and used the existing ones on the front, such that it continues to look aesthetically. 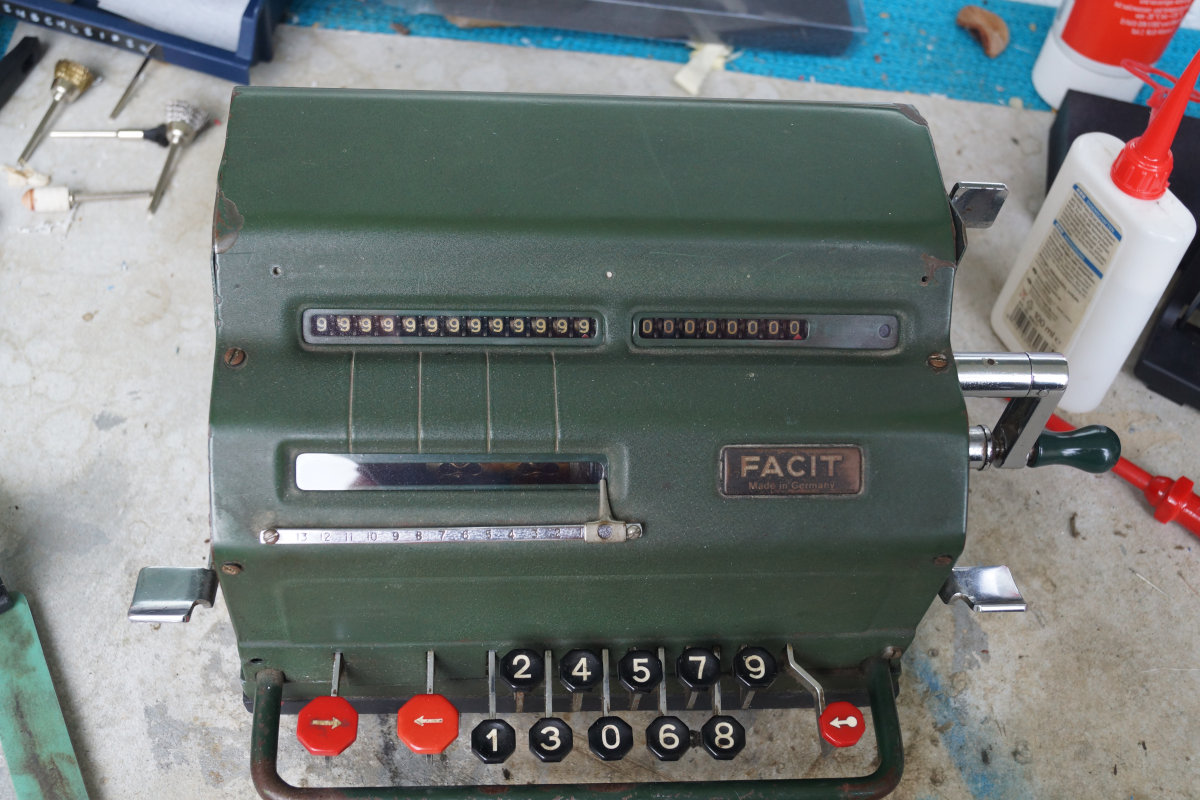